Watch this video by our experienced Edmonds injury lawyer to learn about pedestrian accidents and insurance companies and how to best protect your rights.

Question: Should I talk to the insurance company after a pedestrian accident? 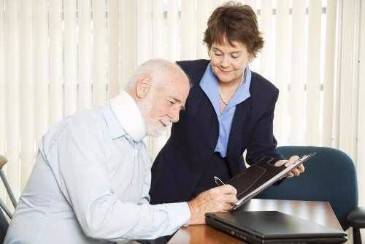 One example of what happens in those statements and how that can hurt you later on is this: The adjuster commonly reads from a script and one of those questions on the script will be, “How are you doing today?” In common courtesy, we often say, “I’m doing good.” What happens later on in your case is that the insurance company uses that to say, “You know what, we talked to you within three hours of the crash and you were doing good.” Now you’re coming back three weeks later and you’ve got all these injuries.

Another problem is that within 24 to 48 hours of the crash, you probably do not know the full extent of your injuries. Any medical doctor will tell you you’ve got a lot of adrenaline going through you and that you’re not going to experience your full injuries, likely, until a few days after the crash. The insurance company is going to try to ask you what your injuries are, and if you only report that your neck hurts and not that your knee hurts, your ankle hurts, etc., what they do, again, is they try to use that against you later on to try to say you were lying about your injuries and you under-reported them. You’re not helping yourself at all by giving a statement. It’s best to not provide a statement and to hire an attorney early on so they can help navigate that process for you.

Were you or a loved one injured while walking and have questions about pedestrian accidents and insurance companies calling? Contact an Edmonds pedestrian accident lawyer at Certa Law Group today for a free confidential consultation. Let our experience work for you.