Were you involved in a partial fault pedestrian accident? Even if you were partially to blame, you can still recover compensation.

Question: Can the pedestrian be partially at fault in a pedestrian accident?

If you’ve been hit as a pedestrian in Washington and the insurance company finds out that you’re partially at-fault for the crash, you may be wondering, “Do I even have a case?” Yes, you would have a case in Washington. Washington is unlike many other states where even in a situation where you’re partially at fault, you still get to recover for your injuries. The way that works is that your percentage of fault gets deducted from what you can recover from the insurance company. For example, if you’re 20% at fault for a crash, then you would not be able to recover that 20% from the insurance company for the car who hit you. Instead, you would only be able to recover 80% of your losses. 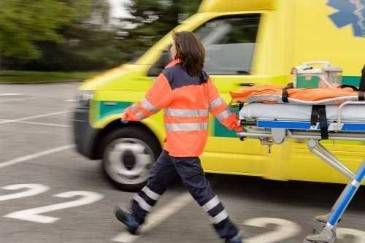 The other caveat to keep in mind as a pedestrian in Washington is that if you’re hit by a car, you would qualify for the no-fault or PIP coverage under that driver’s vehicle. That coverage applies for your injuries regardless of whether you were at fault or whether the driver was at fault. What that means in a typical situation is that your first $10,000 worth of medical bills would be covered at 100% by the driver who hits you.

Again, if you’ve been involved in a pedestrian accident in Washington, it’s important that you contact an attorney as soon as possible, because an attorney could review all of those coverages for you and give you the best advice on how to proceed.

Were you or a loved one injured while walking and have questions about a partial fault pedestrian accident? Contact an Edmonds pedestrian accident lawyer at Certa Law Group today for a free confidential consultation. Let our experience work for you.