Bike accidents can be just as serious as car accidents in some situations. This can be true even if you are involved in a one-vehicle crash. If you or a loved one was injured while riding your bike in Washington, contact an experienced Edmonds bicycle accident lawyer at Certa Law for a free confidential consultation.

Bicycle accidents can lead to injuries that may include: 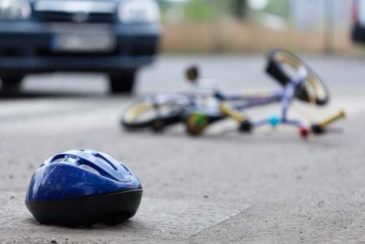 You should seek medical attention as soon as you can after a bicycle accident, especially if you are involved in a crash with another person or a driver. Sometimes simply getting up and dusting yourself off isn’t a real option after this type of accident.

Because bicycle accidents happen frequently, some people overlook the fact that they may have a legal right to collect damages related to their injuries and property damage after a bike accident. However, you should consult with an Edmonds bicycle accident lawyer so you can fully consider your legal options after this type of accident.

Most cases that involve bicycles will be the result of a vehicle hitting a bicyclist while on the road, in a driveway, or on the sidewalk. Often, these types of crashes occur because the driver was not paying attention or did not see the cyclist.

However, legal liability for your damages may occur beyond this common scenario. Consider the following examples:

Fault in Bicycle Accidents: What If I’m to Blame?

It is very common for those involved in bike accidents to also be partially at fault for the crash. For example, if you, as a bicyclist, are not following a bike-related rule or law in Edmonds, and a collision results, you might be considered partially at fault because you were ignoring bike law.

Consider another example: Although Snohomish County does not have a bike helmet law, nearby King County does. If you are not wearing your helmet in King County, you could be considered partially at fault if you suffer a head injury as a result of your bike crash.

Thankfully, Washington uses a system called “pure comparative negligence.” This system allows you to still bring your legal claim even if you are partially at fault for the collision. In fact, you can start a lawsuit if you are 99% at fault for the crash. However, your overall damages will be reduced by the amount of blame attributed to you.

In the helmet example above, you might be considered 5% at fault for not wearing your helmet. Your damages award at trial or in a settlement will be reduced by 5% to account for your portion of the responsibility. That means that if your losses are $10,000, then you will receive $9,500 instead of the full $10,000 to cover your portion of the fault.

In some states, you cannot start a legal claim if you are at fault at all. It is a significant benefit to accident victims in Edmonds that Washington uses comparative negligence.

Deaths and serious injuries related to bicycle accidents have been rising in recent years. This trend could be due in part to the rise in the number of bicyclists in areas like Edmonds, but it also could be a result of increased driver inattention as well. Some of the most common causes of bicycle accidents include:

Driver and cyclist inattention can both lead to severe accidents. However, when a driver is not paying attention and strikes a cyclist at higher speeds, that is much more likely to lead to severe injuries and even fatalities. Social media, texting, and emails take drivers? attention and focus away from the road.

When a car or cyclist is moving too fast for the road conditions, that makes it easier to lose control of their vehicle. While drivers should generally follow posted speed signs, there are situations where even traveling at that rate can be dangerous, such as where there is dense fog, snow, or ice.

Bike lanes are designed to keep riders safe while also allowing them to move with the flow of traffic. However, when drivers ignore these lanes and drive in them or too close to them, that can lead to serious injuries. Drivers should also take care to check bike lanes when making turns to avoid turning in front of a biker.

Bicyclists can take steps to reduce the potential for injuries and damage by:

Regardless of the steps that you take to avoid an accident, drivers should also take care to be on the lookout for cyclists and share the road. When they fail to take these steps, legal liability for your injuries and damages may result.

If you or a loved one has been injured in an accident while on a bicycle, you may have legal options. The best way to determine what your next steps should be is to set up an appointment with a member of our team. We can help you decide whether you have a worthwhile case and how you can take action to increase your chances of getting damages for your accident.